Review: Same Kind if Different As Me

Are you looking for an inspirational Christian book to read this summer? Do you want something more than just the average motivational, scripture referencing book to sit down with and enjoy the final days of sun and relaxation? Same Kind of Different As Me: A Modern-Day Slave, an International Art Dealer, and the Unlikely Woman Who Bound Them Together

just might be the book you are looking for.

I enjoy true Christian stories written from a first person perspective. I appreciate that fact that these real life stories tell about the good and bad aspects of reality as a Christian. Same Kind of Different As Me by Ron Hall and Denver Moore is a first rate true life story about two very unlikely men who come to know each other through a very Godly woman, Ron's wife Debbie. A series of amazing events bring these two unlikely men together for what becomes a lifetime of friendship, brotherhood, and missionary work together side by side. Ron comes from an average middle-class family and becomes a multi-millionaire selling art internationally. Denver is a 1960's share cropper from Louisiana who escapes his life of poverty by jumping on a train for California but ends up settling in Fort Worth, Texas homeless and illiterate. When Ron and his wife Debbie start volunteering at the homeless shelter on the other side of the tracks their paths join with Denver's and neither of their lives will ever be the same. In a story of love, hope, loss, and rejoice these two men forge a bond that otherwise seems impossible. Only the hand of God could bring these two men together.
In one short afternoon I read through this average length book. In the easy to read first hand account written from both Ron and Denver's point of view I was immediately drawn into their lives. I felt pain as I read about Denver's early life on the plantation in the mid twentieth century in an area of the country stuck in a time warp from the days of slavery. I felt hope for Ron and Debbie as they struggled through marriage problems. I rejoiced as Ron and Denver began to forge a friendship that was clearly ordained by our Heavenly Father. I cried buckets of tears as the two walked through a great period of loss together. And finally felt relief and love as they continued their missionary work with the homeless despite their pain and loss. This book will most certainly become a permanent part of my book shelf collection. Not only for repeated readings when I need encouragement and hope of what God can do in the lives of otherwise hopeless people but also to share with friends and family.
Same Kind of Different As Me: A Modern-Day Slave, an International Art Dealer, and the Unlikely Woman Who Bound Them Together

Book description from the publisher

A true, inspirational story that crosses the barriers of society.
Meet Denver, raised under plantation-style slavery in Louisiana until he escaped "da Man"—in the 1960s—by hopping a train. Then, after another 18 homeless years on the streets of Dallas, God moved . . . and a godly woman named Deborah prayed, listened, and obeyed. Mountains began to move, beginning with her husband, Ron, an international art dealer accustomed to the world of Armani suits and art-collecting millionaires.
The story takes a devasting twist when Deborah discovers she has cancer. Will Deborah live or die? Will Denver learn to trust a white man? Will Ron embrace his dying wife's vision to rescue Denver? Or will Denver be the one rescuing Ron?
There's pain and laughter, doubt and tears, and in the end a triumphal story that readers will never forget.
Thomas Nelson Publishing provided me with a free copy of this book in exchange for my honest opinion. 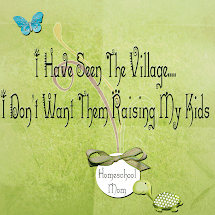